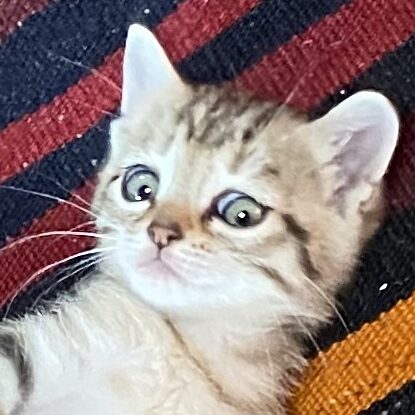 That was a pretty chaotic pool party! Let’s go back to 1319, it’s got to be less hectic back then, right?

“Good morning Double R! This must really be important for you to visit me personally, I’ve only been seeing your underlings for about the last year and a half!”

said the Duke gently chiding the head of Lucca’s second most politically important family, and its single richest family.

“My Duke, you have so many important matters to attend to, governing the Republic, that I must limit my intrusions on your time. Thank you for meeting me this beautiful morning!” Double R responded.

and as the door was being shut, the Duke commanded his guards: “No interruptions unless it is my Butterfly!”

Castracani sat back in his huge and luxurious chair, looking at the extremely tall and handsome Guinigi, and secretly envious of his good looks and athleticism.

“The beautiful Gigi and your son Paolo are doing well, I hope?” the Duke began courteously.

“Yes, they are very well, and I appreciate your consideration for their well-being, my Duke. And the Castracanis, they are all well also, I hope?” Double R politely responded.

“But let us get directly to the point of your visit Double R. What’s up?”

“I have an unusual request, my Duke, that I hope you will consider seriously,”  Double R began.

Duke Castracani raised his eyebrows, but said nothing. The Guinigis rarely ever ask for anything — what could they possibly need?

The Duke motioned slightly with his finger, encouraging Double R to continue.

“Those two beautiful naval vessels that the Republic completed two years ago in Livorno under the Duke’s outstanding leadership — the Butterfly, and the Elsie —

it would be helpful to me if the Duke would allow me to lease one of them for a voyage to Madeira and back.

“The Guinigi family is willing, of course, to pay all of the expenses of the voyage, plus ….

I am prepared to make a substantial donation to the Republic’s treasury to show my appreciation for the use of the vessel,” Double R proposed.

The Duke responded: “But my dear friend, as you well know, those two vessels are the only warships that Lucca has, and I have already promised the Lucchese Silk and Spice Association that they shall be primarily used as a protective escort for Lucchese merchant vessels.

It is rumored that the crafty Portuguese will even try to open up a sea route to the Far East soon.

We will need our warships to protect our Lucchese traders if they try that route too!

Plus, I have promised myself that at least

one of the vessels will be spending a lot of time near the river rats’ harbor at Marina di Pisa,

just to intimidate and harass those clowns. I’m sure you can understand, Double R, that what you are asking is impossible!”

THE TWO MEN STARED AT EACH OTHER SILENTLY FOR A LITTLE WHILE.

“And yet, rarely is anything truly impossible, when the infinitely resourceful Duke Castracani desires it to be done!” Double R shamelessly flattered the Duke.

After about a minute of silence, Double R began again:

“And of course, with the enthusiastic assistance of his loyal friends like my family, my Duke is capable of accomplishing projects with even breathtaking scope.  For example, Duke, you may someday have an enormous project that requires a thousand men to properly execute, such as mobilizing huge numbers

of animals, constructing lengthy canals, acquiring great amounts of real estate, and so forth, and even under deadlines as short as 60 days! …  I would be honored to assist the Duke in any such project, if the Duke were only to ask, and of course to provide substantial financial assistance — in gold of course — to help defray the enormous costs of such a project! … while one of the Republic’s warships is on a voyage to Madeira and back.”

Guinigi always has the best intelligence! I think he knows what I’m going to do, even before I decide to do it! …..

But, having the full backing of the Guinigi will make it substantially easier for me to accomplish Project BRENDA, and Project BRENDA is of paramount importance to me ….

“Well, I have always greatly appreciated your friendship and assistance Roberto Roberto….

“Now that I further consider the matter, maybe there is a way for me to free up one of the Republic’s naval warships for your use. Yes, in fact, there is. I’ll make that happen right away, Double R.

“And I accept your generous offer to enthusiastically assist me on a major new project that I want to launch as soon as possible.”

The Duke took out the huge plans and blueprints for Project BRENDA, and briefed Double R in great detail about it. The men agreed on how they would collaborate to accomplish the project.

Then they both stood up and shook hands.

“By the way, Duke, which one of those warships can I use?” Double R inquired.

The Duke said “The Butterfly and the Elsie are about the same size, and both have good crews,

but I think that the Captain of the Elsie — Giancarlo Annapoli — is the superior leader.

When the Elsie was just two weeks out of the shipyard, Captain Annapoli found two English pirate vessels hiding off the coast of Liguria — the Turpentine and the Tipton —

and he put both of them on the bottom!

The only thing I don’t like about Captain Annapoli is that he refuses to sail without his happy-go-lucky midshipman named Usna,

who is definitely crazy,

but Annapoli says that that Usna is invaluable because onboard he keeps cracking jokes, telling wild stories, and playing the guitar, which keeps the crew amused even if they are becalmed for days with no wind.

“Since I have a sneaking suspicion that there is something a little bit dangerous about this trip to Madeira that you’re planning,

you can use the Elsie. If something really bad happens, I’d rather have to tell my wife that the Elsie was sunk instead of the Butterfly — I might be sleeping in a cold bed for a while if the Butterfly were lost!”

Both men laughed heartily at that, and Double R Guinigi left the Ducal Palace satisfied that he had accomplished his objective.