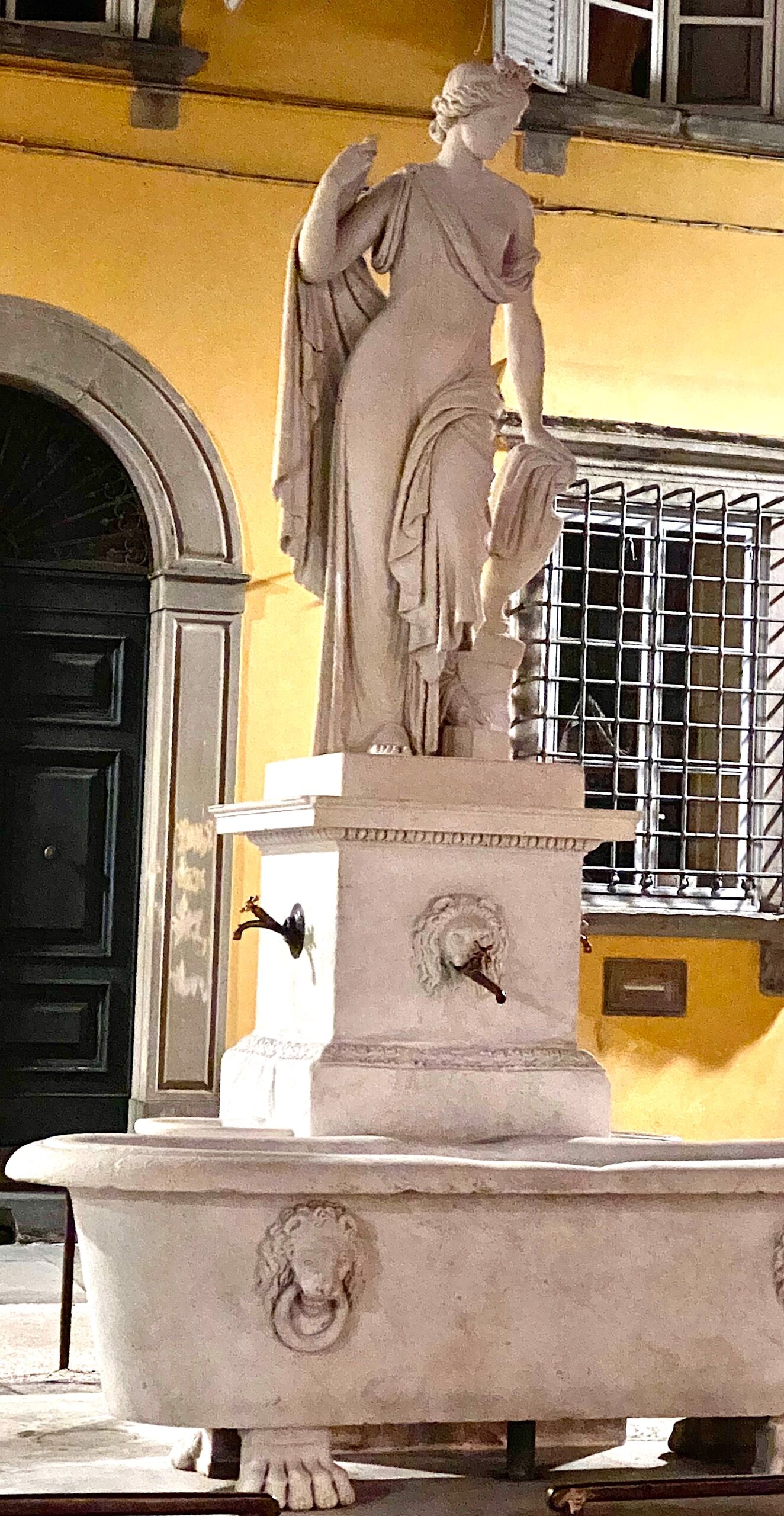 The statue of “la pupporona” as she is fondly referred to by Lucchesi, is now fully restored to her original beauty, according to the city of Lucca. The statue gracing a fountain in piazza San Salvatore, is officially named the Fountain of the Water Nymph but is colloquially referred to as the Fountain of the one with the Breast“. People may once again access water from the fountain which dispenses water from the aqueduct created by famed engineer Lorenzo Nottolini by order of Maria Luisa di Borbone almost 200 years ago. The sculpture was also designed by Nottolini, and executed by Luigi Camolli between 1838 e 1840.