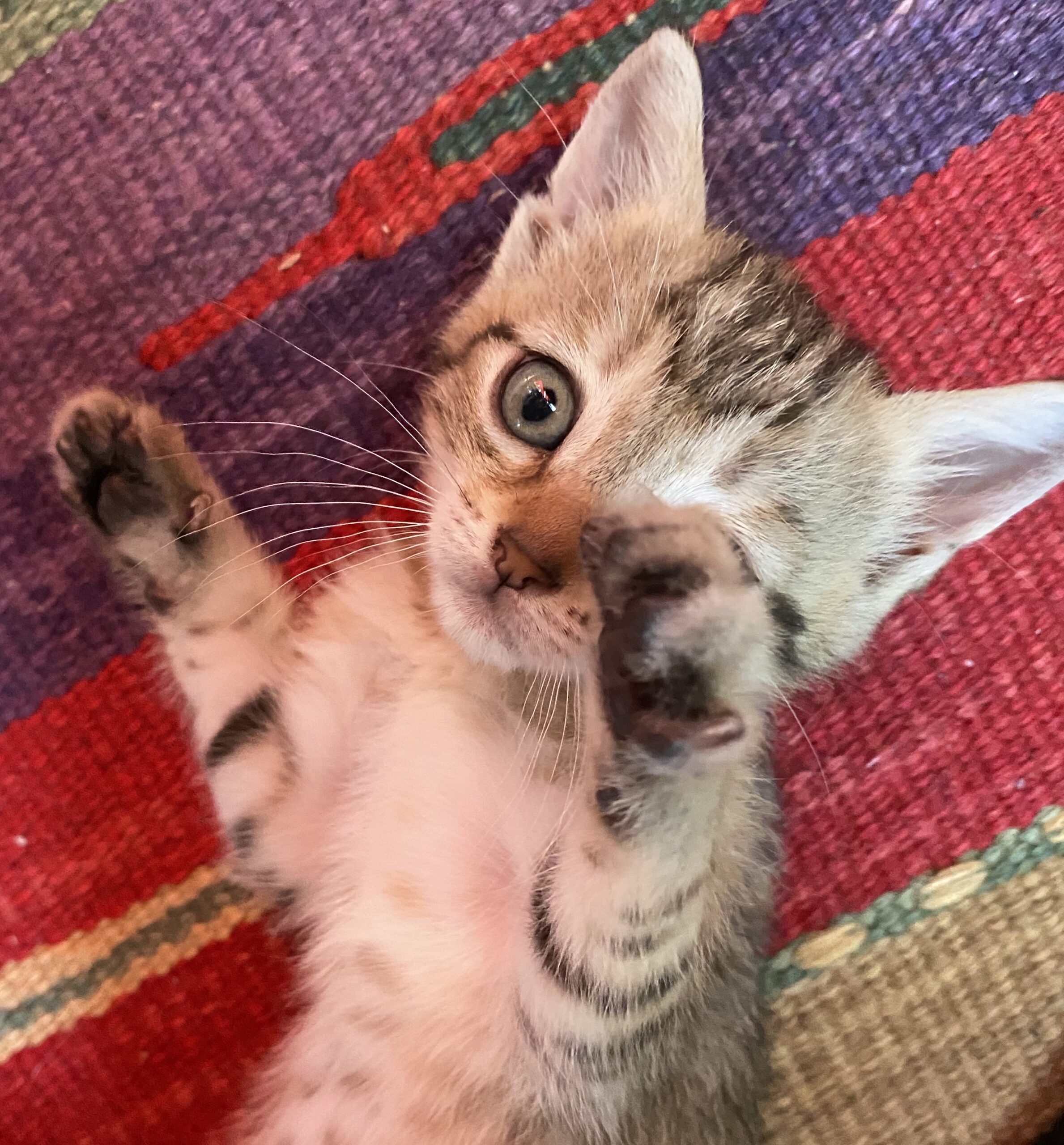 and Carlo Pellerini, the head of Double R Guinigi’s expedition to Madeira,

watching the anchored Lucchese warship the Elsie being loaded with supplies.

Early the next morning, as the crew of the Elsie hoisted her sails and the ship began its eventful voyage west toward the Rock of Gibraltar, and thence southwesterly toward its magnificent island destination in the Atlantic Ocean off the coast of Morocco,

they had no idea of the chaos that was about to engulf their home city of Lucca in the form of Duke Castracani’s Project BRENDA.

The first step in Project BRENDA was the invasion of the contadini.

As the Noon church bells rang out across Lucca, hundreds of contadini from the many farms in San Concordio, led by their leader Umberto Umberti,

and accompanied by literally thousands of chickens, pigs,

and one large white sheep dog,

started marching toward Lucca dentro on Viale San Concordio, led by a tall drummer dressed head-to-toe in the Lucchese colors of red and black.

Stomping their wooden zoccoli in rhythm with the drummer,

the horde of contadini happily chanted:

The drumming and chanting, and the considerable noise of the thousands of farm animals, had the effect of bringing thousands of Lucchesi out into the streets, to see what was going on.

And then some nitwit in the crowd, probably having had too much to drink the night before and still hung over, thought that he heard the contadini chanting:

Ecstatic, the nitwit and his friends starting shouting “Duke Castracani is sending us holiday gifts of chicken and pigs! Cheers for the Duke, who provides good food to his people!!!! Let’s all grab enough chickens and pigs that we’ll have food for the entire winter!!!!”

And hearing this, the crowd started cheering wildly, and set upon the advancing column of contadini, thanking them and randomly grabbing as many chicken, pigs and other animals as their family members could handle!

So instead of disgusting the residents of the area where Duke Castracani wanted to build his massive Project BRENDA, by turning their neighborhood into a crowded, smelly barnyard,

the invasion of the contadini actually delighted the residents and generated a huge amount of public support and admiration for Duke Castracani within the well-fed populace!

Oh well, on to step two of Project BRENDA – distributing thousands and thousands of packs of cigarettes from the new cigarette factory

that Duke Castracani had just completed.

Instead of filling the air with choking fumes and making the residents of the area where Duke Castracani wanted to build his massive Project BRENDA want to leave,

the residents greatly enjoyed smoking the cigarettes in the hundreds of little bars in the area while discussing Lucchese calcio and the best harvests of olives and grapes in the Lucchese countryside that Fall,

with many toasts being offered along the lines of: “Cheers for the Duke, who wants us to enjoy a smoke after a good roast of chicken or pig!!!”

Good lord, this is not how it was supposed to work at all!

Signor Lenci of the distinguished firm of Lenci, Oaktoni & Chuti Ltd., which had dreamed up this real estate acquisition strategy, panicking, instructed his team to launch steps three, four and five simultaneously:

but they were such a huge hit that thousands of fans were camping out in the area, increasing the population instead of reducing it!

·  A hundred new Museums of Torture were built, but everybody who was mentally sane simply ignored them!

·  And the riders on horseback (not giraffe-back!), instead of intimidating the residents,

started giving free horseback rides to all of the little kids, and became heroes in the process!

Signor Lenci was extremely apprehensive, since nothing in his real estate acquisition strategy had worked as planned. Instead of emptying the area where Duke Castracani wanted to build Project BRENDA, his strategy had made that neighborhood ultra-hip and trendy, super popular. Packed with residents and tourists too!

Duke Castracani was direct as usual:

“Signor Lenci, while I appreciate the popular support that your strategy has generated, that area must be cleared of people! Roberto Roberto Guinigi tells me that his fossi will be completed and ready to be flooded by the River Serchio within ten days. Make sure that the fosso empties thousands of gallons of river water into the Project BRENDA area,

and don’t stop until the only people left in that area are great swimmers, or in boats!”

Over hundreds of years, the Guinigi family had gotten insanely rich because they always did what they said they were going to do. And Roberto Roberto Guinigi was determined to complete the part of Project BRENDA that he controlled – mobilizing hundreds of men to dig and construct a new huge canal stretching many kilometers from the Serchio River to Lucca, then continuing through the city in the form of a beautiful new fosso, then ending by flooding the giant circular area planned for Project BRENDA.

The Guinigi never accepted defeat at anything, and they never, ever gave up!

On Halloween night in 1319, Roberto Roberto Guinigi personally swung a giant iron buccellato at the end of a long iron chain, to smash open the wooden coffer dam that had been holding back the River Serchio from the new canal –- a torrent of water rushed into the new canal to the cheers of the Guinigi construction crews! – and twenty minutes later a huge explosion of water began flooding the giant circular area planned for Project BRENDA. Unless you were a crayfish or a fish, you weren’t going to want to stay in that area any longer! Success!

This is the point where I have to make sure that none of my nice readers gets too upset by what Double R Guinigi and Duke Castracani have just accomplished.

First of all, we all love Lucca’s walls, right?

They are beautiful and awesome. So we’re pretty happy that they got built, right? Ok, good.

Now, as for feeling bad for all of the people who lost their businesses, houses and apartments when the area designated for Project BRENDA was flooded, I’m really happy to be able to tell you:

So what you didn’t know and I kept as a surprise, is that immediately after Double R Guinigi’s meeting with Duke Castracani where he fully learned all of the plans for Project BRENDA, Double R Guinigi had his lawyers secretly pay high prices to purchase 19 different buildings in the area planned for Project BRENDA, and then sent his top financial lieutenants to the greatest insurance markets in

and purchased an absolutely insane – and I mean completely, ridiculously insane — amount of flood insurance on those 19 different properties.

The lump sum premium alone for those 19 flood insurance policies, in today’s dollars, was 200 million Euros. That wasn’t chump change, even for the extremely rich Guinigi family. But they had you-know-what’s made of steel.

And when those 19 properties suddenly found themselves flooded under several feet of water,

the Guinigi family found themselves being paid such insanely large amounts on those insurance policies, that the Guinigi were able to go to each and every family who lost their businesses, home and apartments in the flooding, and pay them so much in settlements that everybody was extremely happy!

In fact, a huge delegation of displaced families actually showed up in front of Palazzo Castracani and held a giant happy “Thank You Duke!” rally, thinking that the Duke had somehow been able to brilliantly save them from financial ruin in the flooding.

But Duke Castracani knew that Double R Guinigi was the real one who had made the entire maneuver work out successfully.

Duke Castracani sent a carriage from Palazzo Castracani to Palazzo Guinigi. Inside the carriage was a handsome Castracani lieutenant, who carried a small golden box sealed beautifully with the Ducal wax seal in the shape of a Leaning Tower

with a Lucchese pantera dancing on top of it with its fangs up in the air in triumph.

When Double R Guinigi opened the small golden box, inside was a small card that, in formal gold leaf calligraphy, said:

I and the Republic owe you one.

Little did Roberto Roberto Guinigi realize then, but less than two months later, the man who was “owed one” by Duke Castracani and the Republic of Lucca, would learn of a crisis concerning his maritime expedition to the island of Madeira.

During the middle of the Guinigi family’s fabulous New Year’s Eve dinner for 39 friends and family members on 31 December 1319, a breathless messenger knocked on the magnificent, tall double entry doors of the Palazzo Guinigi…. 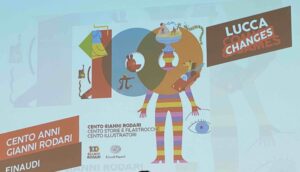 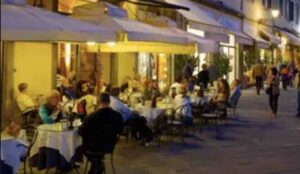