Signor Lenci and his senior partners: Massimo Oaktoni and

Natale Chuti along with about 15 of their employees, worked feverishly on the real estate acquisition strategy that had been demanded by Duke Castracani.

The problem, obviously, was that the enormous amount of land required for Project BRENDA — to build a gigantic wall around Lucca, anchored by mammoth fortified baluardi that could repel even a massive Florentine army

–– contained hundreds of small buildings containing shops, offices, houses, warehouses, and so forth.

All of these buildings had to go, if Project BRENDA were to be implemented.

At the appointed time, the three men approached Palazzo Castracani with apprehension.

If the Duke didn’t like their strategy, they would not just lose an enormous engagement for their firm, but their careers might be ruined.

The Duke’s power was that huge.

After being ushered into the Duke’s study, the Duke raised his index finger and pointed to Signor Lenci, telling him to begin his presentation.

“My Duke, your Project BRENDA is brilliant, magnificent, and must proceed forward immediately, all loyal Lucchese will instantly agree! We are so fortunate to have your leadership of our Republic!” Signor Lenci began.

“Yes, yes, yes, but dispense with all formalities sir. Explain your plan as directly as possible,” the Duke responded forcefully.

Signor Lenci bowed to the Duke in acquiescence, and directed one of his minions to unveil a huge presentation board on an easel. Signor Lenci made the following presentation:

“My Duke, the powers of the Republic are immense, and if you wish, we shall instantly mobilize hundreds of demolition crews and pulverize the miserable hovels that are squatting on the real estate needed for the magnificent Project BRENDA

“However, we are confident that the Duke in his wisdom would prefer a more sophisticated, less blunt approach toward clearing the needed area of buildings and acquiring the needed real estate...

“We do not believe that simply offering to purchase the real estate needed for Project BRENDA, property by property, in conventional purchase transactions, would be satisfactory. That process could take many years, and would undoubtedly be absurdly expensive,

with many die-hard holdouts hoping to be paid a king’s ransom in order to finally rid them from the property.

“Because a more urgent and less expensive approach is needed, we urge the Duke to consider the following unusual, but clever and effective strategy, that WE ARE CONFIDENT will result in a complete abandonment of the needed real estate by the current inhabitants …

“Our strategy, quite simply, is to make living on the needed real estate

that everyone will want to flee, and will gratefully accept a token payment from the Duke to do so!

We propose to hire Umberto Umberti

the leader of the contadini who work the many farms in San Concordio,

to invade the property with thousands of pigs,

and a sheep dog.

The streets will be clogged and the excretions from the animals will be everywhere and will stink to high heaven!

that you are having constructed, and to give it away for free to anyone who will smoke the cigarettes in the area where Project BRENDA is destined to be constructed.

The air will be full of fumes and everyone will be choking!

We propose to hire extremely loud bands of singers with very loud drums and other instruments, who will conduct a Summer Concert series, 24 hours a day, pointing their unrelenting noise directly at the property needed for Project BRENDA. The noise will drive everyone crazy!

“FOURTH: We propose to build at least 100 Museums of Torture throughout the area.

Who wants to live near one of those things?

We propose to purchase at least 50 giraffes

and to hire men to ride through the area riding on the giraffes and looking into people’s upstairs windows at all hours of the day and night.

“FINALLY AND MOST IMPORTANTLY:

We propose to divert an enormous channel of water from the Serchio River that will become a beautiful canal as it passes through the center of the city — we propose to call it the Fossi — but which will flood the area we need for Project BRENDA.

Once the inhabitants are gone, we can build the mammoth wall of Lucca, and the canal can serve as a little moat around the wall after it is completed!”

Signor Lenci stopped and looked at Duke Castracani. “My Duke, if you accept these proposals, we think that we can obtain all of the real estate needed for Project BRENDA in as little as 60 days!

What do you think?”

Duke Castracani stood up. There was a fury rising in his neck and face. He started to look bright red, and his veins were sticking out! The Duke’s assistant Gerardo was alarmed and asked:

“WHAT IN GOD’S NAME ARE GIRAFFES DOING IN THIS PLAN????!!!!! DON’T YOU REALIZE THAT A GIRAFFE ARMY IS THE MOST DANGEROUS THING THAT WE COULD EVER BRING TO LUCCA?!!!! ARE THESE MEN TRAITORS?!!!!!”

Gerardo ran forward and shook Signor Lenci. “Tell the Duke that there won’t be any giraffes!!!! Tell him!!!!!”

Signor Lenci, kind of freaked out by the whole thing, yelled:

“NO GIRAFFES! MY ASSISTANT’S MISTAKE!

I TOLD HIM TO WRITE “HORSES”; AND INSTEAD HE WROTE “GIRAFFES”!

WE HAVE NO INTEREST IN GIRAFFES AND I GUARANTEE YOU THAT WE WILL CAPTURE ANY GIRAFFES THAT APPROACH PROJECT BRENDA AND SEND THEM TO LIVE IN SIENA!!!

Hearing this, Duke Castracani slowly calmed down, and drank a tall glass of icewater. He sat down.

“So, absolutely no giraffes whatsoever?” the Duke asked.

“NONE AT ALL, DUKE. NO GIRAFFES AT ALL, NONE!!” Signor Lenci responded immediately.

The Duke sat silently, thinking. Everyone in the room was perfectly still and quiet. Minutes went by. 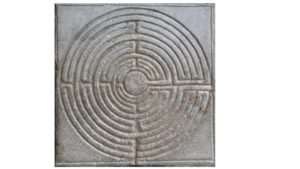