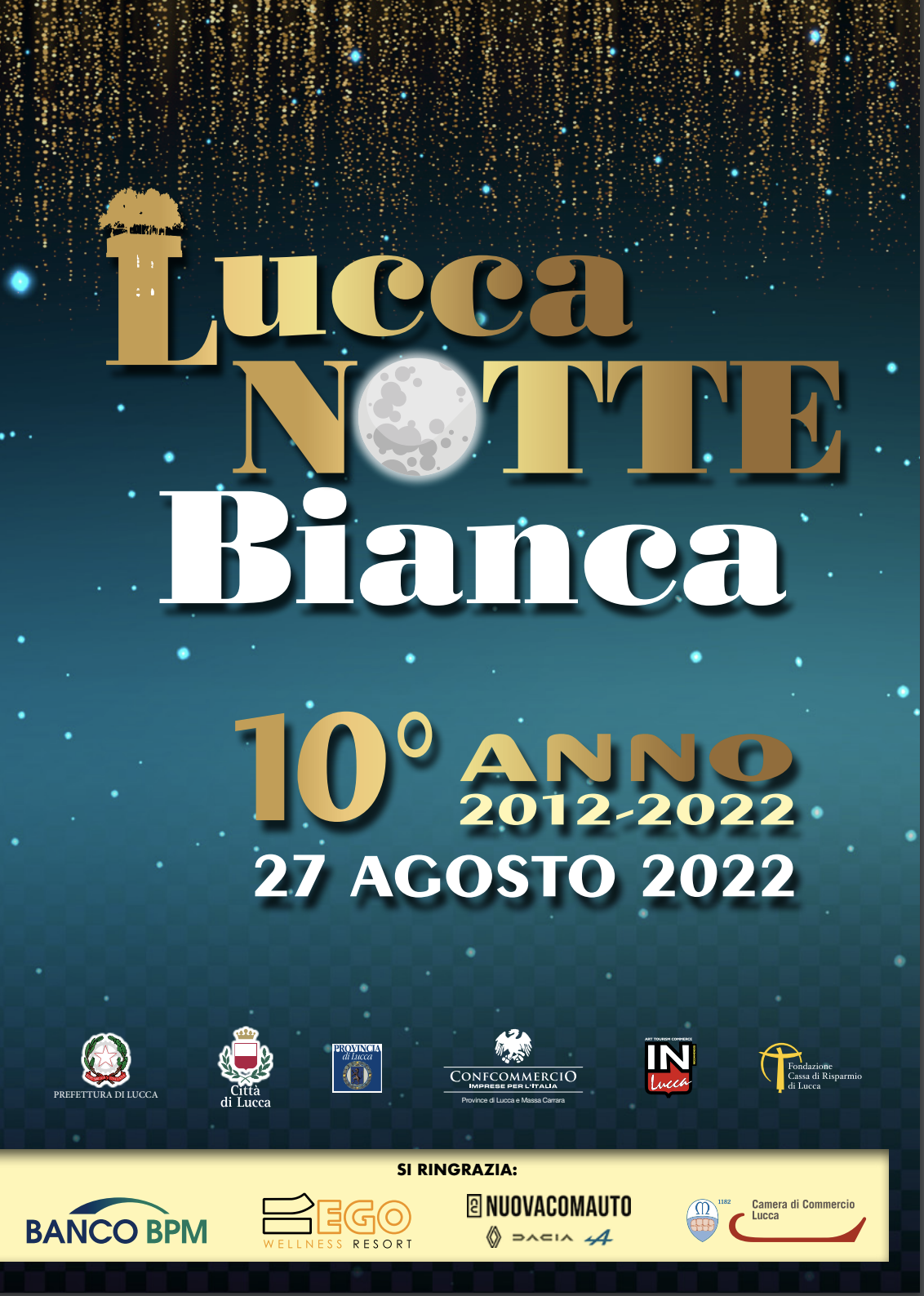 Open museums, guided tours, special activities for children and families, dance in the squares, music, concerts, performances capped by a special midnight concert in Piazza San Martino, all will happen the same night that shops and restaurants will be open and hosting their own DJs on the premises.

The festival offerings are a very rich “menu” as always aimed at attracting a diverse audience of all ages – from the very youngest to teens, to adults and the not-so-young… Returning after two years of forced closure due to Covid, White Night of Lucca organizers and the public are ready to start where they left off.

This year’s edition is also special because the event is celebrating its 10th year, having first started in 2012 when it attracted 60,000 people. Over the years, it was able to attract 70 – 80 thousand spectators, the second greatest draw in Lucca for a one-day event, bettered only by Lucca Comics & Games.

“The return of White Night – say the president and director of Confcommercio Rodolfo Pasquini and Sara Giovannini – is a source of pride and joy for us … The hope is that this edition, in addition to becoming a further symbol of a true restart, may also give a few hours of lightheartedness and fun to everyone, during a historical moment that was and remains complicated for each of us “.

Among the events of particular interest to families: the “Coachella Party” at Palazzo Sani in via Fillungo that will host workshops, balloons, baby dance and more. New guided tours will also be offered, including: “Dark Lucca” focussing on the city’s passion, blood and diabolical mysteries, “Over and Under the Walls” and “Lucca: the City of 100 Churches” which reveals the mysteries, symbols and stories hidden on church facades. Among the other events will be a symphonic concert at the Palazzo Pretorio and numerous dance and jazz concerts in cafes and squares everywhere. At midnight, a very special concert by the award-winning Sunshine Gospel Choir will fill Piazza San Martino with song.

“The return of White Night after three years due to the pandemic is the second major sign of the city’s restart after the boom in attendance at the Summer Festival. It is a return to normality, a simply great event with a positive impact on Lucca, because it promotes the city’s image, while involving citizens and visitors in experiences of culture and fun. This restart is strongly desired by our administration, which – by supporting this edition of White Night and hoping for great success – looks forward to a full restart of all the city’s major events.  We are returning to pre-Covid numbers.  We hope to move from here towards the realization of our full potential with a relaunching of tourism on the part of our own citizens, as well as the  promotion of our culture here and abroad”

The festival, organized by Confcommercio Imprese per l’Italia – the Provinces of Lucca and Massa Carrara in collaboration with the Municipality and the patronage or contribution of the Prefecture, Province, Chamber of Commerce, Cassa di Risparmio di Lucca Foundation , Banco Bpm, Ego Wellness and Nuova Comauto – marks a great return since its last 2019 edition, when the health emergency and the ban on gatherings imposed a forced stop in 2020 and 2021, a termination experienced by all great events involving the masses.

For a complete program giving all the events planned, please consult the websites for  Confcommercio… or the City of Lucca where it’s also possible to download the evening’s brochure.

The festival also will be highlighted on the social pages of Confcommercio and the City of Lucca, as well as on the official Facebook page of the event: White Night Lucca. 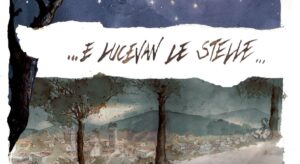