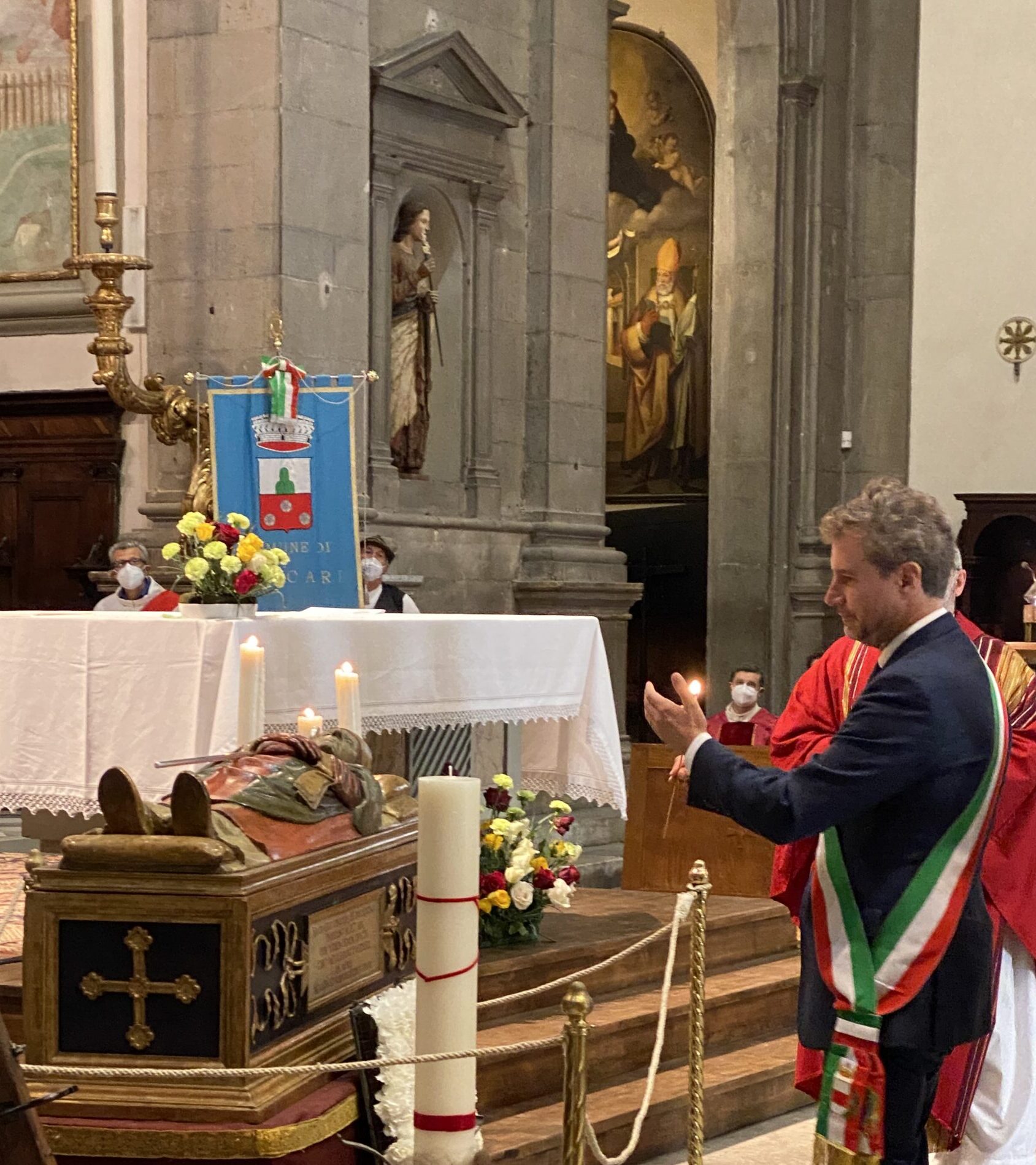 FIRST you will notice the red and white flags hanging over shoppers in the narrow lane of via San Paolino. You might hear distant drumming and horns, but the most engaging sound is the joyful ringing of church bells from every corner of the city.  There’s more bell-tolling than one would expect even on a Sunday, because every major church is singing its own melody that somehow meshes harmoniously with its peers.  Impressively, this goes on for three days, because every July 12th for almost 400 years, Lucchesi have celebrated the feast of their patron saint, St. Paul (San Paolino in Italian) in several different, but always spectacular ways.

San Paolino was martyred during Nero’s reign in the 1st century AD, in Lucca, where it is believed St. Peter himself sent him to convert the Lucchesi.  His remains went missing but were finally unearthed in the Church of St. George when it was destroyed to make way for Lucca’s renaissance walls in 1261.

A few years later on July 12, 1664, the saint was credited for saving the lives of the devoted who were entering Porta San Donato when a cannon positioned in the piazza to shoot blanks in celebration, instead peppered the crowd with a barrage of shrapnel. Many were hit, but miraculously, thanks to the San Paolino, none were injured or killed.

The days anchored by July 12th, are known as Days of San Paolino. People of all ages don renaissance costumes and perform historical reenactments of parades and shows of renaissance flag-throwing, flute and drum playing, crossbow and dueling competitions –  regaling the crowds.  Every year in a procession evoking the renaissance, costumed religious travel from the Church of San Paolino and San Donato to the Cathedral of San Martino, passing buildings lit only by votive candles.

A mass to honor the saint takes place in the patron’s church on July 12th.  On this occasion, representatives for the city of Lucca and one of its provincial cities bring offerings to the church and ask for the saint’s blessing on their populations. This year Alberto Baccini, Porcari’s mayor, brought a bottle of olive oil in tribute, while

Lucca’s new mayor, Mario Pardini, brought a candle which he lit in front of the reliquary of the saint to testify to the presence of God. 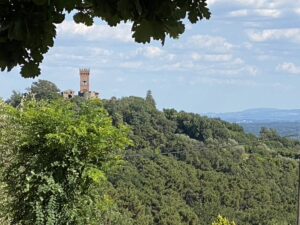 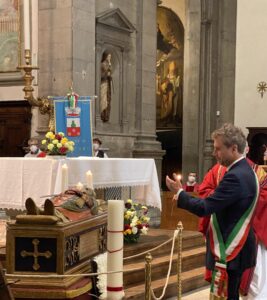