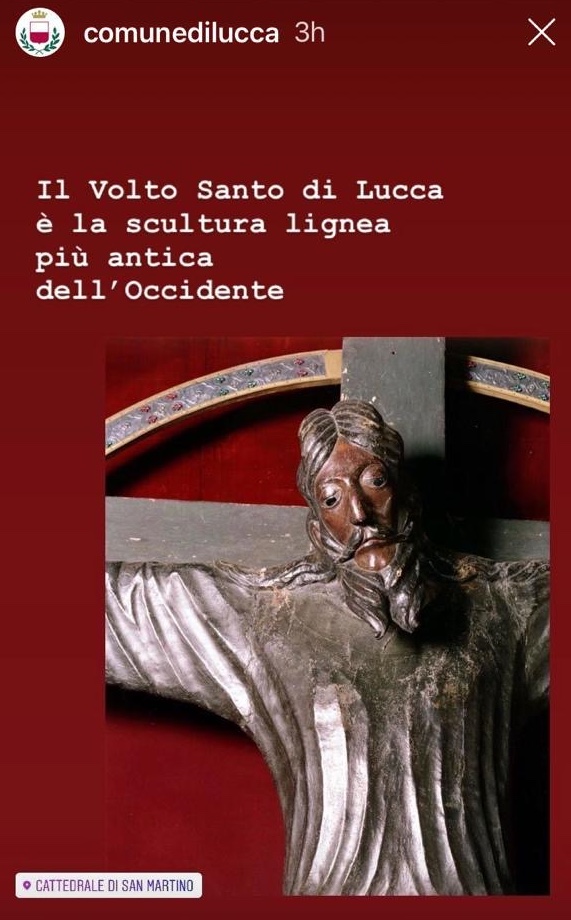 The oldest wooden sculpture in the West is in Lucca, the city and archdiocese announced June 19, 2020.

For 1200 years, Lucchesi have venerated il Volto Santo or Sacred Visage in their Cathedral of St. Martin and have credited it with many miracles. The faithful believe that the cross was carved with divine intervention by Nicodemus, an apostle of Christ, and that it floated down the Serchio River to Lucca where a driverless, ox-drawn cart carried it into the city.   While the logistics of its arrival are disputable, the age of the cross no longer is.

The linen from the cross is from 770-880 AD which leads experts to conclude that its wood may be from an even earlier period, thanks to the carbon-14 testing of three samples of wood and linen from the cross by the Institute of Applied Physics (Istituto di Fisica Applicata) of the National Research Council (Consiglio Nazionale delle Ricerche) of Florence, and the National Institute for Nuclear Physics (Istituto Nazionale di Fisica Nucleare).

The dating contradicts previous theories by art historians that the work was from the second half of the 12th century, according to Annamaria Giusti, a scientific consultant for the cathedral’s 950th anniversary celebration this year, and director of the Museum of Precious Stones in Florence. In fact, the first documented mention of the Volto Santo dates back to 1050, when the Abbot of Bury St. Edmunds, an Englishman traveling thru Lucca on his way to Rome, commissioned a copy of it for his abbey.  Additionally, coins produced by Lucca’s mint in 1100 already bore an image of the Volto Santo. Giusti’s hope is that with further advances in technology, the work may be officially attributed to Nicodemus, who died in the first century AD. 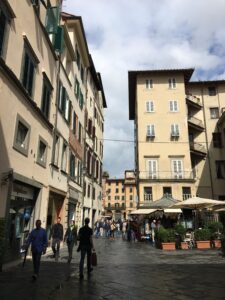